During the theatre’s most recent ‘dark’ period – where the venue closes to carry out essential maintenance work -  the theatre technicians took down 7, 15-metre lengths of hemp rope that were previously used on the fly bars to hold up lighting and show cloths on stage. Rather than dispose of the replaced rope, the theatre technicians decided to offer the rope to Monkey World. 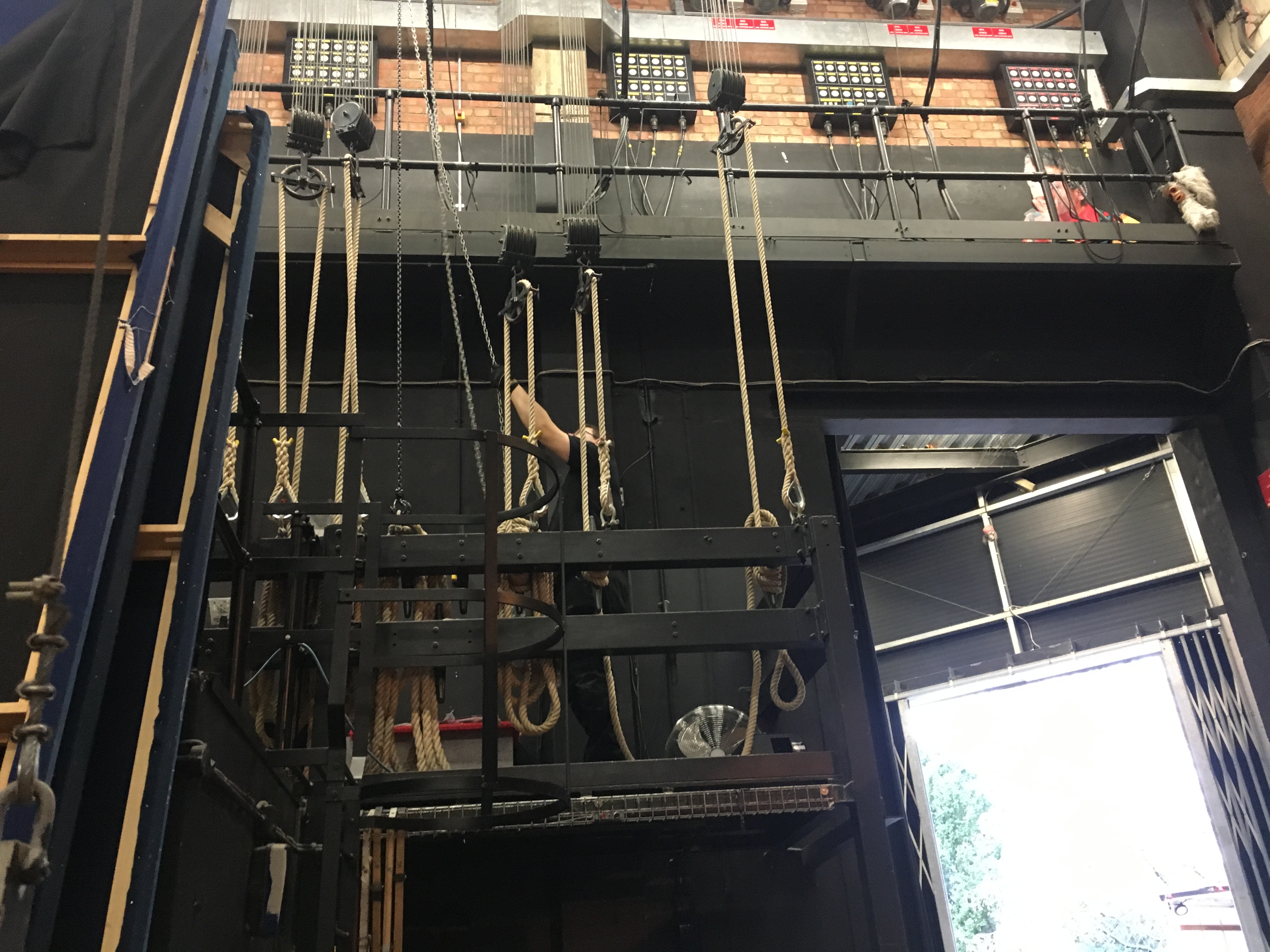 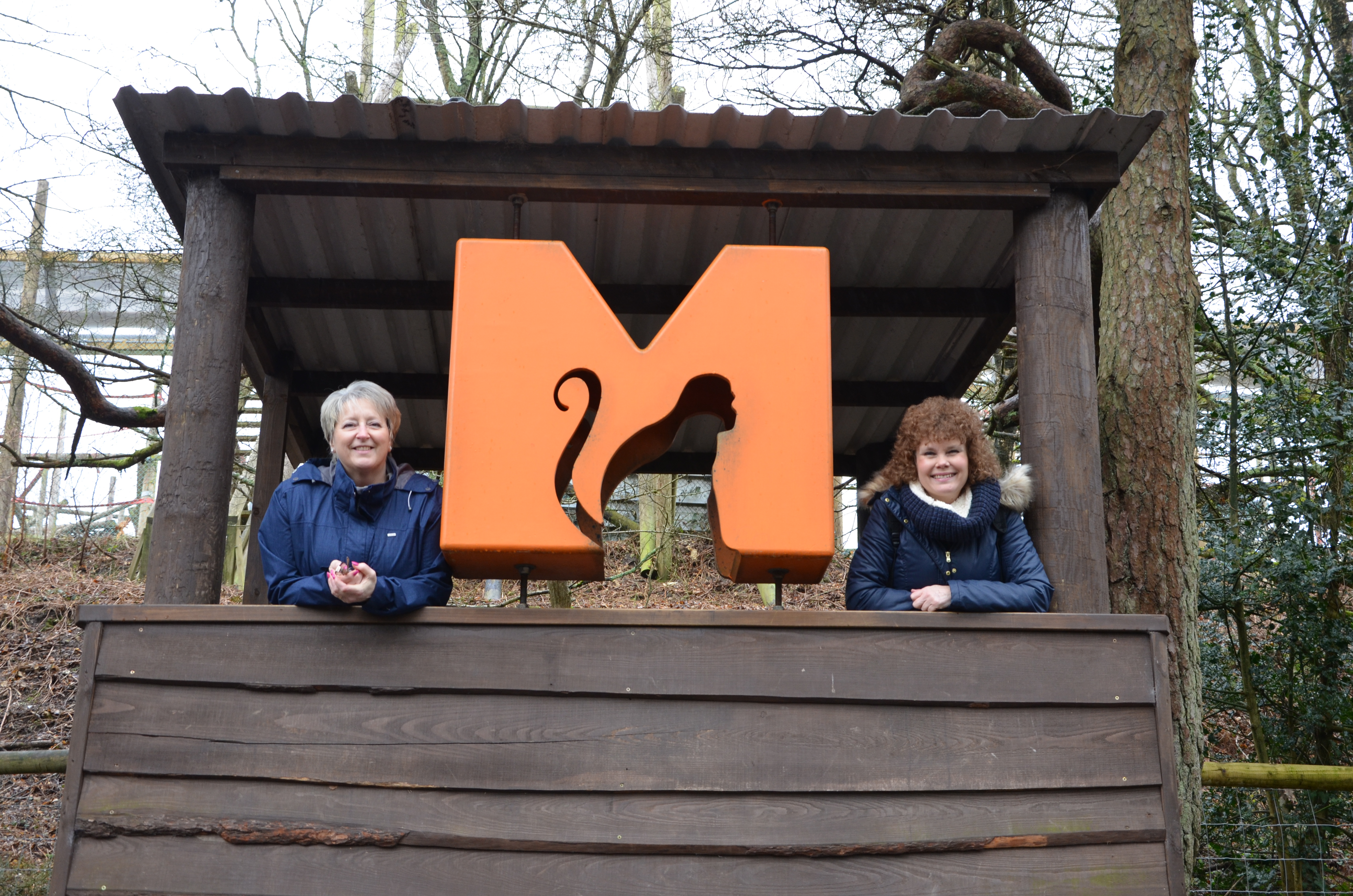 The Ape Rescue Centre was set up around 30 years ago by the late Jim Cronin. The zookeeper originally rescued nine chimpanzees that were being used as photographers’ props in Spanish beach resorts. The primate sanctuary is now home to more than 250 apes and monkeys who take up home in enclosures that spread over 65 acres. The centre works with governments around the world to battle the illegal smuggling of primates from the wild, and rescues and rehabilitates victims of this trade, who have been abused in the entertainment industry, laboratories or as exotic pets. 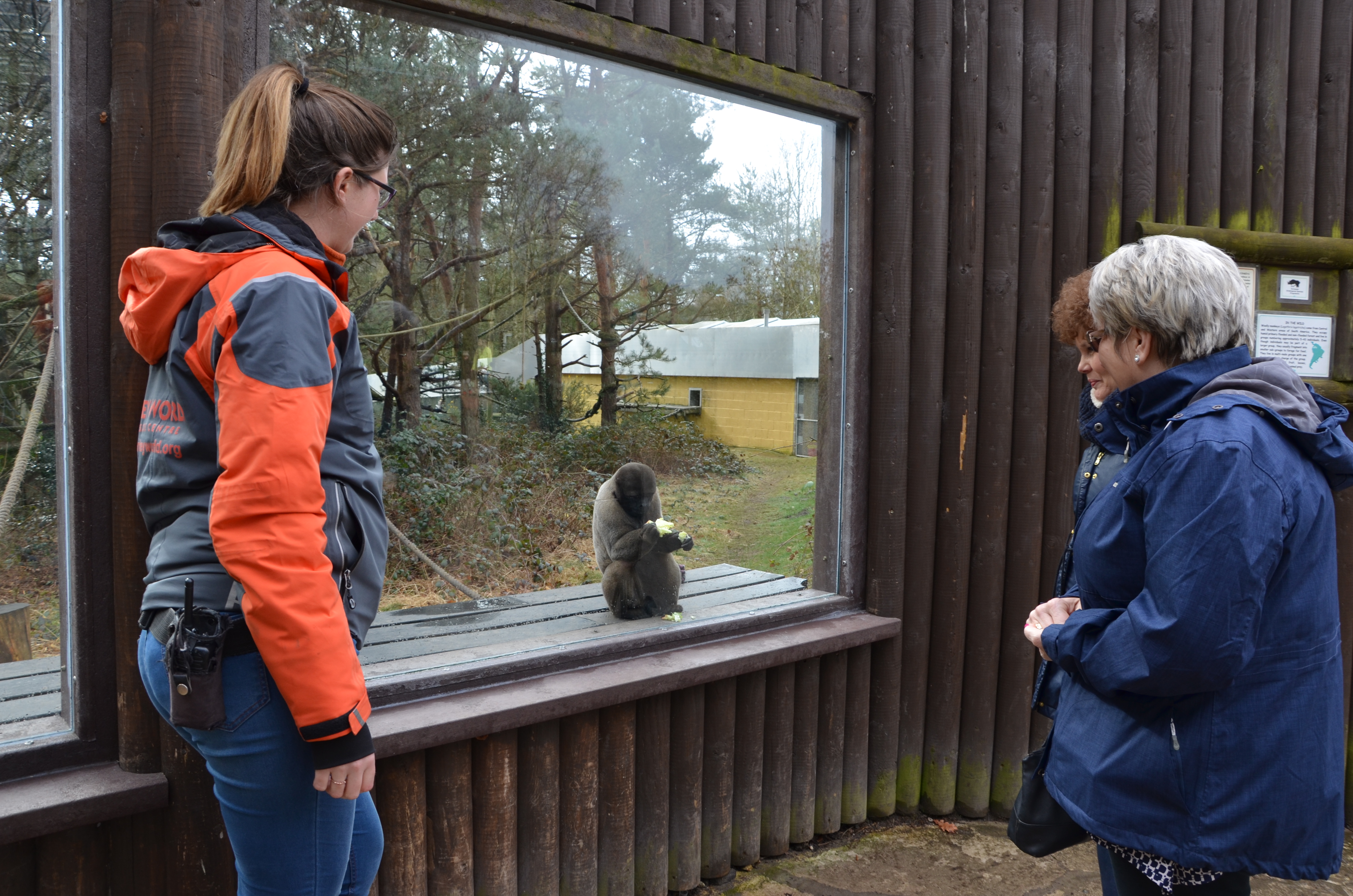 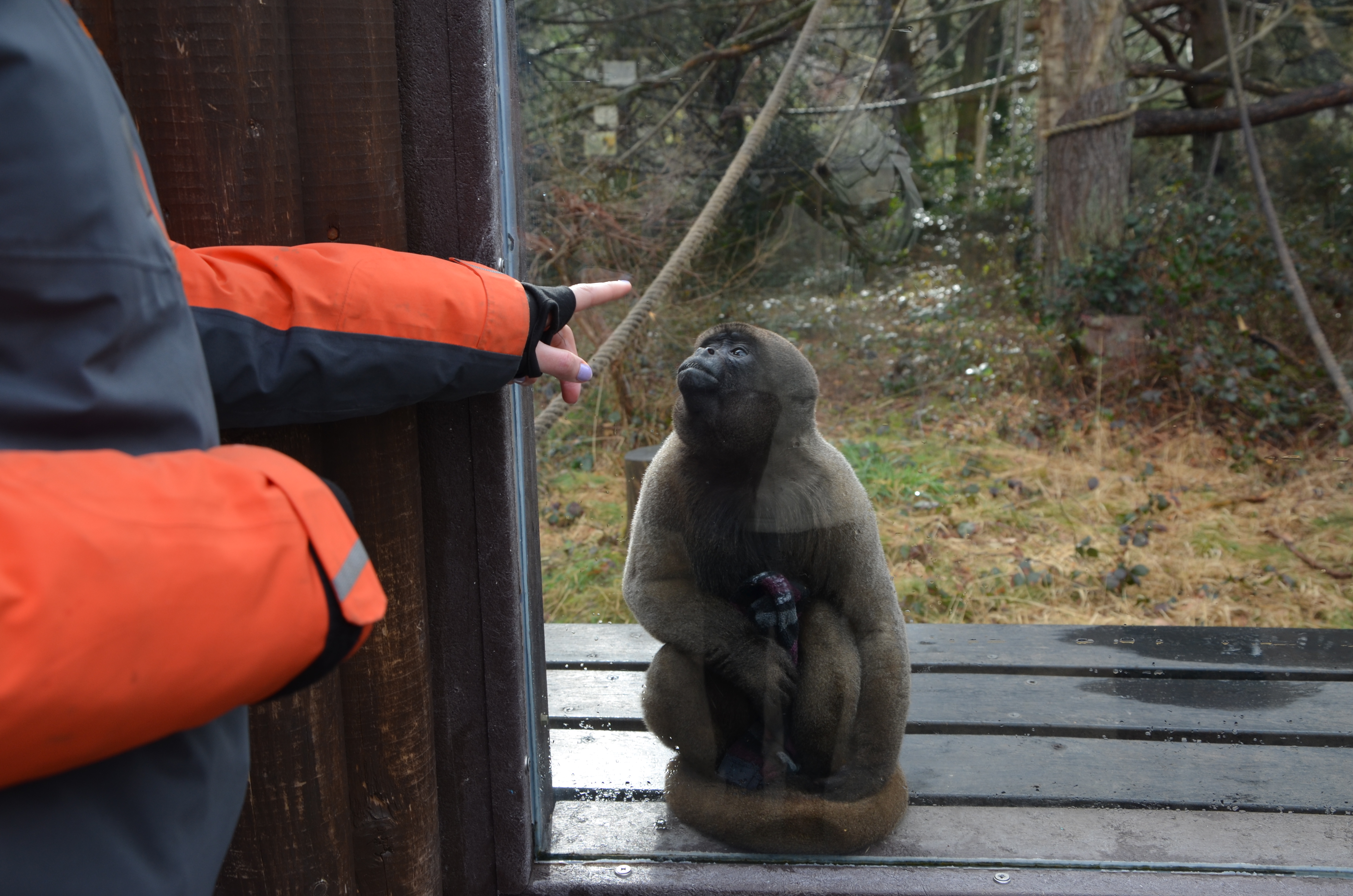 The rope donated by The Octagon Theatre has now been installed in the woolly monkey enclosure and on Tuesday 27 March staff from the theatre went to visit the enclosure to see how the monkeys were enjoying their new rope. Their guide, Charlie, explained that the centre has the largest breeding group of woolly monkeys in captivity in the world. As part of the European Breeding Programme for endangered species, Monkey World has also had great success with woolly monkeys, a notoriously difficult species to breed. Staff also got to visit some of the characters from Monkey Life, the hugely popular TV series about the day-to-day dramas at Monkey World. 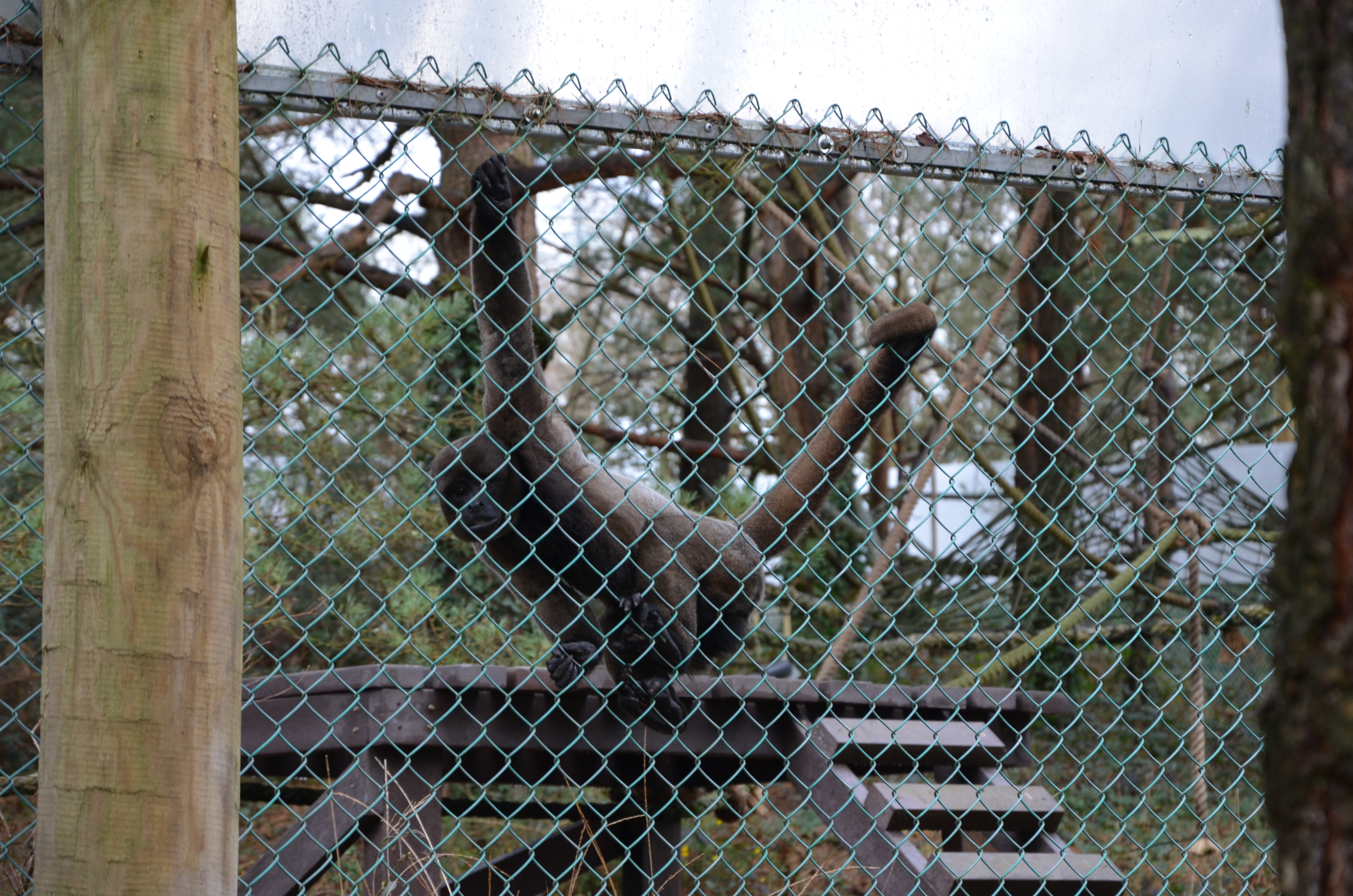