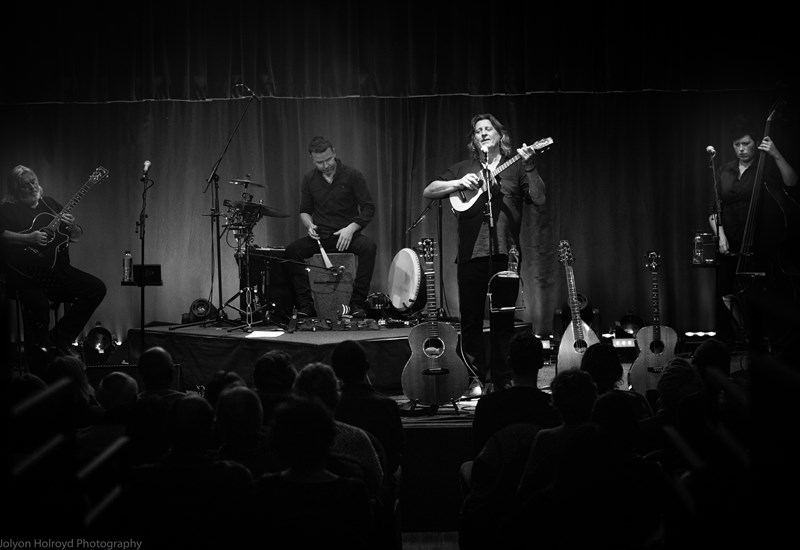 Following their most successful tour to date last year the four piece reunites for a brand new tour in 2020. Steve Knightley, Phil Beer, Miranda Sykes and Cormac Byrne have been described as the ‘Show of Hands supergroup whose combined musicianship is nothing short of magical!’

The Tyne to Tamar Tour will revisit the singles from the last twenty years: fans can look forward to some of Show of Hands greatest releases such as Roots, AIG and The Keeper, with more depth and intensity of sound than ever before. Steve says, “With the heartbeat and harmonies that Cormac and Miranda add, we are at last creating a sound we’ve dreamed of making for twenty-five years!” Willy Porter from the US will be the special guest on this tour – bringing an electrifying, dynamic fusion of indie-folk and rock with a set which is equal parts grit, soul, and muscle and wholly original.

Due to on-going restrictions, we can confirm Show of Hands: Tyne to Tamar is postponed until Saturday 13 November 2021.

Our team has attempted to contact all patrons who purchased tickets for the original date on Friday 30 October 2020. If  you have any queries regarding this event please contact our Box Office on 01935 422884.